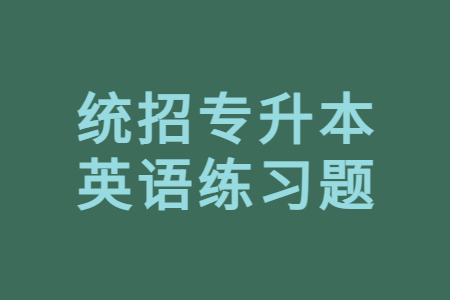 Long ago, an operation had usually to be done while the sick man could fell everything. The sick man had to be held down on a table by force while the doctors did their best for him. He could feel all the pain of his leg or arm was being cut off, and his fearful cries filled the room and the hearts of those who watched.

Soon after 1770, Joseph Priestley discovered a gas which is now called “laughing gas”. Laughing gas became known in America. “Young men and women went to parties to try it. Most of them spent their time laughing, but one man at a party, Horace Wells noticed that people didn’t seem to feel pain when they were using this gas. He decided to make an experiment on himself. He asked a friend to help him.

Wells took some of the gas, and his friend pulled out one of Well’s teeth. Wells felt no pain at all.

As he didn’t know enough about laughing gas, he gave a man less gas than he should have. The man cried out with pain when his tooth was being pulled out:Wells tried again, but this time he gave too much of the gas, and the man died. Wells never forgot this terrible event.

A. describes the pain during an operation

B. advises people not to worry about the pain

C. describes how a doctor worked before

A. it makes people happy

B. it makes people laugh

A. went to parties to try it .

B. made an experiment on his friend

C. did an experiment on himself

D. pulled out one of his teeth himself

A. test the quality of laughing gas

D. find out the right dose of laughing gas

A. for curing all kinds of diseases

B. for all kinds of operations

C. just for pulling tooth out